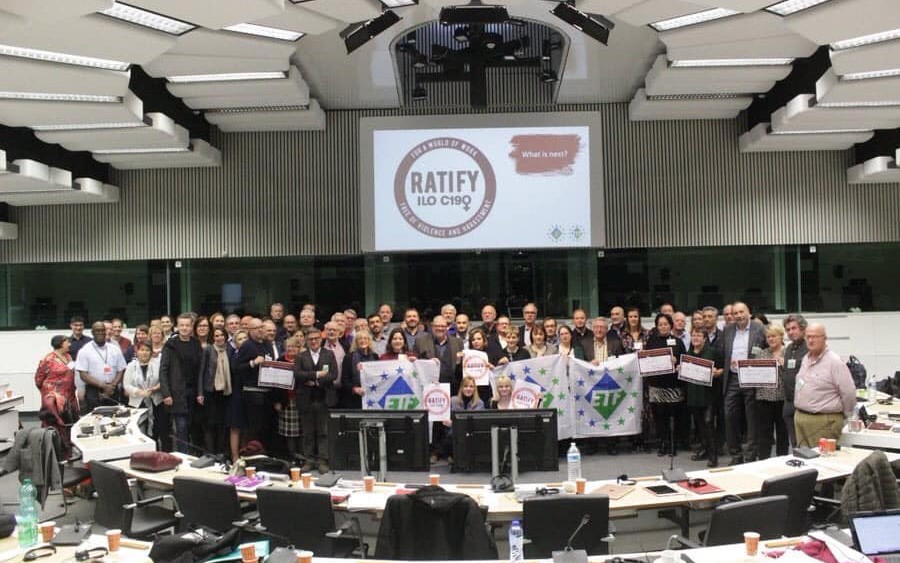 Workers, unions, governments and employers made history by adopting new ILO Convention 190 on violence and harassment in June 2019.

2.WHY IS C190 IMPORTANT FOR TRANSPORT WORKERS?

3.WHAT HAPPENS WHEN GOVERNMENTS RATIFY C190?

Governments that ratify C190 will be required to put in place the necessary laws and policy measures to prevent and address violence and harassment in the world of work.

As we know the line between violence and harassment is often blurred and its impacts can also be subjective.

C190 makes it clear that the world of work goes beyond the physical workplace and includes for example work-related communications, sanitary facilities and the commute to and from work.

It requires action to mitigate the impact of domestic violence in the world of work.

5.CONVENTION 190 LEAVES NO ONE BEHIND

C190 covers all workers irrespective of their contractual status – including job seekers, volunteers, interns and apprentices.

It applies to the public and private sectors, the formal and informal economy. It also accounts for violence and harassment involving third parties, such as clients, customers, or service providers.

6.WHAT DOES C190 MEAN FOR TRANSPORT UNIONS?

C190 provides a foundation for trade unions and other stakeholders to address violence and harassment in the world of work.

Workers and their unions have an important role to play to make sure the Convention is ratified and becomes part of national laws.

7.WHY IS C190 IMPORTANT FOR WOMEN IN TRANSPORT?

ITF Women is focusing its work in the transport sector on two key priorities:

8.WHAT CAN UNIONS DO?